And this time no force in the universe can stop me 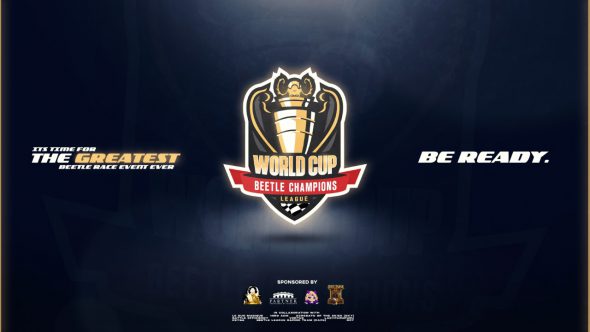 It’s time to crown the fastest roller beetle racer in the world! The Beetle Champions League is bringing together racers—and beetles—from North America and Europe to compete in the first World Cup. You could win rare and valuable prizes, and your beetle will be so proud of you. It’ll probably even do its little dance.

This event is sponsored by ArenaNet Partners Battle Efficiency, Roy, Le Bus Magique, and Keyba along with members of the fantastic Guild Wars 2 community.

Watch all the racing action live on Twitch during the events:


In the qualifying races, you’ll zip through open world maps on the official roller beetle racing tracks. Get in those practice runs and try to beat your best time! Winners will receive gem prizes.


If you qualify for the regional finals, you’ll race on a custom-built guild hall track. The challenge is steeper, but the prizes are legendary—you could win Sunrise, The Juggernaut, or The Flameseeker Prophecies.


The top twelve beetle racers from around the globe will go on to compete against each other in the World Cup Final, a blistering gauntlet of six custom guild hall racing circuits. The top three riders will win rare infusions and claim their place in roller beetle racing history!


You’ve got until two hours before the qualifying race events begin to sign up, so visit a Beetle Champions League page today! 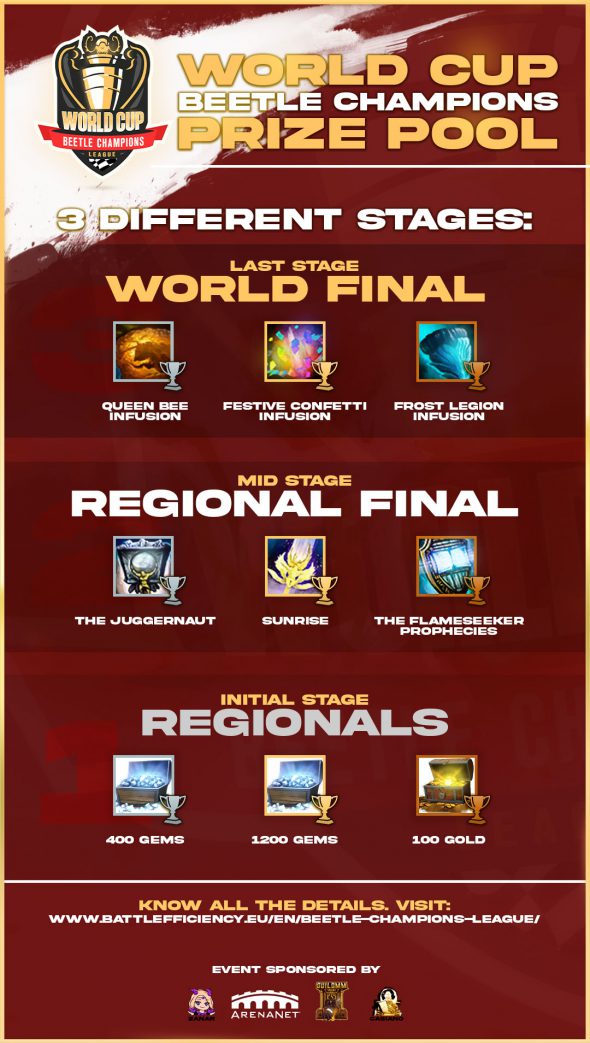